Outamba Kilimi National Park is Sierra Leone’s first national park, and in located in the far north of the country along the Guinean border. The national park is comprised of two non-contiguous areas, Outamba (183,100 acres) and Kilimi (90,900 acres). These protected areas lie at an important transition zone in Sierra Leone’s landscape, where the Upper Guinean Rainforest Ecosystem begins to transition into savanna and open woodland.

This national park contains a mixture of open grassland, closed canopy forest, and woodland and has several major river systems running through it, as well as a perennial lake, Lake Idrissa, located in Outamba. This mix of habitats makes the Outamba Kilimi National Park a haven for a wide range of wildlife including large mammals like forest elephants, chimpanzees, and hippopotamus as well as a wide range of bird, reptile, and amphibian species.

Outamba Kilimi was first declared a game reserve in 1965, not long after the country gained independence from British rule. However, it would prove to be an uphill battle to declaring the land a national park, a fight predominantly led by Dr. Geza Teleki. 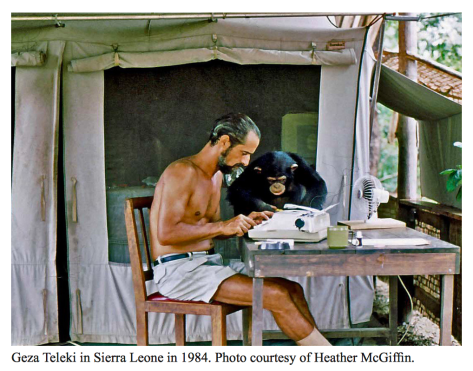 Teleki came to Sierra Leone to conduct the first primate census in the country in 1979, and returned in 1981 to work with the World Wildlife Fund and the government of Sierra Leone to establish Outamba Kilimi National Park. However, after several years of establishing the infrastructure to aid in the park’s development, Teleki had to leave Sierra Leone due to an illness, and was unable to see the establishment of the park through. However during his years there he helped to oversee the construction of multiple structures to house Ministry of Wildlife staff and local workmen, saw the area outfitted with solar panels, lodging for tourists and researchers, a store to provide staff with essential supplies, the establishment fruit, cassava, rice, and bean plantations along the boundary of the park to provide food for staff, a small wildlife orphanage that aimed to rehabilitate and release certain species, and nature trails and lookouts in the park for tourists.

However, most of this infrastructure did not survive the Sierra Leonean civil war which crept into the southern half of the country in 1991. Today, when visiting the park, the original buildings can be seen in ruins and riddled with bullet holes. Though the war destroyed much of Teleki’s effort, it did provide one benefit to Outamba Kilimi: it was established as the country’s first national park in 1995. The government had recently succeeded in pushing back the Revolutionary United Front fighters and money could be provided to the establishment due in part to the coup d’état government in Freetown.

Today, Outamba Kilimi has taken it’s first steps towards recovering from the war. Currently Outamba is set up to accommodate tourists and has several thatched huts along the river. A research station with complete solar hookup was also built in 2013 though it’s potential remains relatively unexplored. 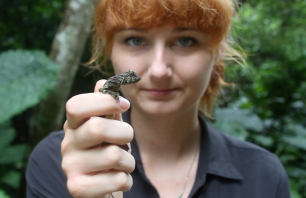 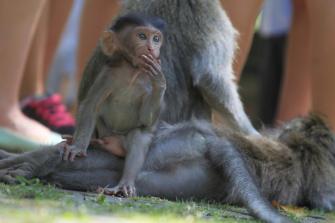