Look at that! Dr. Carin Bondar’s name fits perfectly in my title! Not to mention it’s always fun to start off a post with an alliteration, they’re just so catchy, aren’t they! Well it’s been a little while since I featured a fabulous female scientist (there I go again!) and Dr. Bondar has been keeping me entertained on almost every facet of social media this past month. Whether it’s her quirky YouTube videos, her sarcastic Tweets or her down right adorable Instagram feed, she is always up to something entertaining! So lets take the time to honor this science queen and get to know a little more about her.

I first came across Dr. Bondar through a YouTube video posted by the Facebook page “I F*cking Love Science” (asterisk not included) about prehensile penises, if I’m not mistaken. From that first Wild Sex video I was hooked. Dr. Bondar dresses up in tight dresses, stilettos and prances about talking about the crazy kinds of sex that can be found in the animal world.

Dr. Bondar even makes some appearances on the big screen and can be seen on Discovery World’s “Brave New World with Stephen Hawking,” the Science Channel’s “Outrageous Acts of Science,” and even Discovery Canada’s “Daily Planet.” She has made her self famous with her quirky show host style that combines humor with her vast scientific knowledge. This self-proclaimed “biologist with a twist” is just the kind of person who gets non-science people interested in science. In that, she is living my dream: she gets to be a TV show host and make a difference by educating the world about all things science.

When I grow up, I want to be like Dr. Bondar… If I ever grow up that is…

Before receiving her PhD in population ecology from the U of British Columbia, she was a German linguist and a ballerina. Something I love in a scientist is someone who branches out. So many scientists stick to their subject and never leave, and some rarely even show interest in other hobbies. Now this is fine, because it shows commitment, but I mean really, have some variety!

One thought on “biologist bio: bondar” 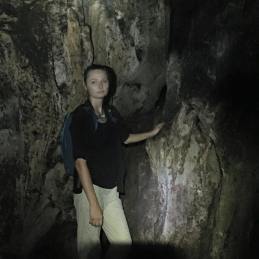