Yesterday Science Magazine put out a fun little article titled 10 Animals That Don’t Need Halloween Costumes featuring animals that have great camouflage and mimicry! This means that they can blend in amazingly well with their environment and often are trying to look like something (or someone) else! But what I noticed is aside from a picture and the name of the species, there wasn’t much information on the animals! So lets fill in those gaps! 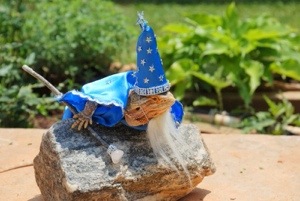 First up we have the bark-mimicking grasshopper, native to Australia and Tasmania. It mimics dead branches as it sits in bushes and trees and has very cool flattened sword-shaped antennae and marbled eyes, so even those blend in too! The favorite food of the bark-mimicking grass hopper is the acacia tree. Both the male and female grasshoppers are fully winged, so if their camouflage fails they still have a means of escaping! 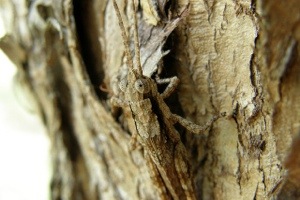 Next we’re going under the sea to find the mimic octopus, a very cool species of cephalopod that lives in shallow, nutrient rich waters in Indonesia and Malaysia. The octopus changes color through pigment sacs known as chromatophores. All octopus can change their color to an extent, but none have the control that the mimic octopus has. They have been known to mimic eels, jellyfish and even poisonous fish to avoid predators! They will actually choose the animal they want to mimic based on what they think the predator will flee from. They will also use their mimicry to catch food, sometime impersonating a crab of the opposite sex to draw in its prey. It’s the ultimate form of blind dating, that really doesn’t end well for the crab.

Now lets head back into the branches and into the jungles of Southeast Asia to meet the orchid mantis! The orchid mantis is a beautiful insect that imitates orchid flowers in the rain forest. The benefit to looking like a flower is it is going to draw in its prey by tricking them! Pollinators like butterflies will mistake the mantis for a flower, and then they land on it to feed… SNAP it’s dinner time for the mantis! You know what they say, it is a bug eat bug world! 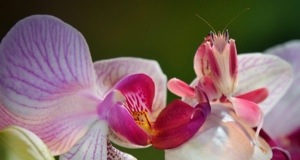 The long-nosed horned frog is incredible at camouflage, not that these other animal aren’t but I’ve seen these guys in vivariums around zoos and almost completely missed them! They are also found in Southeast Asia (see, it’s a pretty cool place! I’m not crazy for wanting to live there!) and has a very distinctive face. They have pointed projections above their eyes and a triangular nose which helps them to blend into the leaf litter. They have a very loud honking call they use mostly during breeding season and get big enough to eat rodents.

Now for the least creative on the list, the chameleon. These lizards are found all over the place, from Madagascar, to Southern Europe and even Sri Lanka! There are over 160 species of chameleon that also range in size from a few centimeters to a few feet! They have the ability to change the color of their skin, but only a few species can produce anything but green and brown. The bright red/blue/yellow chameleons are most often Panther chameleons. A lot of people think these guys would make cool pets, but if you want something you can handle it won’t be a chameleon, pretty much any handling will cause stress and significantly shorten its lifespan in captivity. 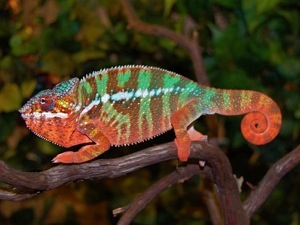 The giant leaf insect is a species of stick insect is also found in Southeast Asia (with all these cool insects, who doesn’t want to move to Indonesia!) and mimics a bright green leaf. They stay pretty still most of the time and it looks like they are holding their arms up over their head which helps to complete the leaf shape. They are considered to be the most successful camouflagers in the animal kingdom. They are nocturnal, which means they are most active at night (all the better for trick-or-treating!). They are capable of regrowing entire limbs which they regrow when they molt, or shed, their skin. However, once they reach adulthood and stop molting they can never replace the lost limb. 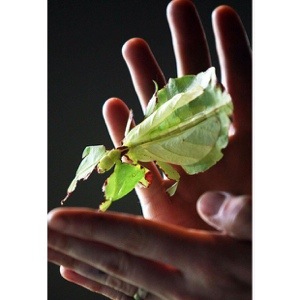 This is a pretty cool insect, at one glance it looks just like a black ant, until you keep reading my very interesting blog post and find out that it’s actually a cricket! Now it’s only the young that resemble ants whereas the adults look like regular crickets. Bush crickets are often confused with katydids, but don’t worry, they really are just crickets. 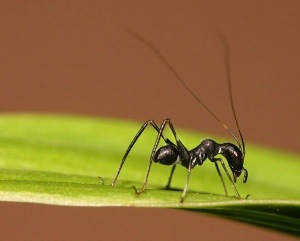 The cuttlefish is my mothers favorite animal. She’s a little odd, but at least now you know where it comes from. She always said they just looked so cute she wanted to hug one, I don’t really know where she was coming from, but she might have mistaken cuttlefish for her own made-up species the ‘cuddlefish’. Well any who, the cuttlefish can also change the color of its skin like the chameleon and the mimic octopus. They can blend in quite easily with sand, coral or just pop out some bright colors to let you know its upset (or horny, but I digress). They are found in shallow seas anywhere in the world except the America’s, which actually makes them pretty unique. 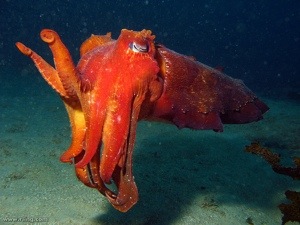 The mossy-leaf tailed gecko is endemic to Madagascar and can also change its skin color, but more than that is that it’s shape blends in quite well with tree bark and the moss that grows on it, hence where it got its name. The shape is caused by dermal flaps or skin flaps that are on its side that help give it a less solid looking outline. This is a common mechanism of camouflage and is the same idea behind animals that have stripes, think of a tiger, it’s stripes help to keep it from being a big orange blog and help it hide. The tail on the mossy-leaf tailed gecko is one of the coolest parts of the gecko: The tail is shaped to look just like a leaf! 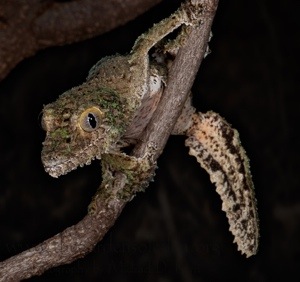 Finally we come to the decorator crab. This crab will actually find anemones and and coral polyps and other ‘decorative’ pieces to help it look more like a highly decorated rock formation than a tasty snack. They are pile on more things to attract a mate, hey at least their men know how to decorate! If the crab gets all of its goodies cleaned off its back, it will immediately begin to collect and carefully place new objects on its back. There are different kinds of decorator crabs that use different kinds of excoriating materials (like the sponge decorating crab or the graceful decorator crab) that are found all throughout the globe. 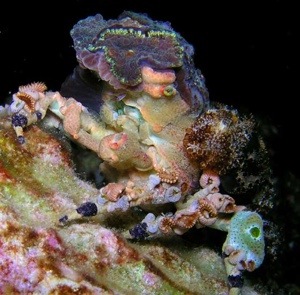 One thought on “costumed animals” 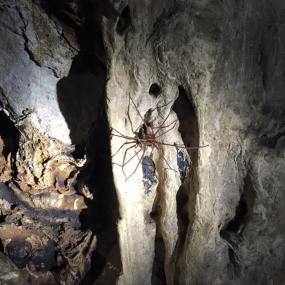 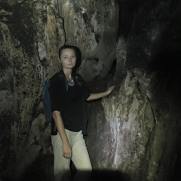 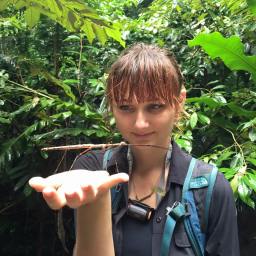