Costa Rica’s motto is pura vida which means pure life. They have been ranked the third greenest country in the world time and time again by Yale’s Environmental Performance Index or EPI. When looking to travel through Costa Rica, eco-lodges and environmental tourist destinations are everywhere. The country has planted well over 5 million trees in the last five years, this previously third world country is now leading the environmental example for countries everywhere. While trying to uphold their green status the government has recently decided that the best way to experience wildlife is through national parks, where nature can be enjoyed naturally. This has lead to the closure of the two public zoos and the relocation of the residents to animal sanctuaries, where the native animals will hopefully be released back into the wild.

As seen in my previous post “non-human persons” Costa Rica has already banned the keeping of whales and dolphins in captivity. Now the 97-year-old Simon Bolivar Zoo in San Jose and the Santa Ana Conservation Center, just west of San Jose, will be shutting their doors as zoos and re-opening as a botanical garden and 51-hectar forest reserve, respectively. Costa Rica’s Deputy Environmental Minister Ana Lorena Guevara hopes that by getting rid of the cages Costa Rica will be “reinforcing the idea of interacting with biodiversity in botanical parks in a natural way,” she stated at a press conference in July.

Not everyone is happy about the upcoming changes. FUNDAZOO is a nonprofit that currently runs the two public zoo’s and by them being shut down many people will be out of jobs. FUNDAZOO has decided to fight back in court, claiming they have the right to continue to manage the zoos for at least another ten years.

Costa Rica has also taken a step forward and made keeping wildlife as pets illegal, which is sure to help restore their environment after years of deforestation and detriment due to the exotic pet trade, which has left few corners of the earth untouched.

It is speculated that some of the former zoo residents will be released back into the wild as early as May. 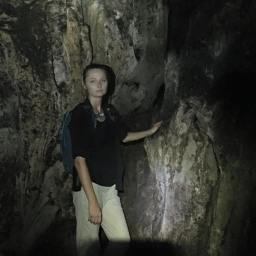