Yippee! I had time, and actually remembered, to make a hump day post this week! Even though I am still on vacation in France with my family I am finally getting enough internet to blog. Lets discuss virgin birth, or, parthenogenesis. Most people have heard of the legend of the Virgin Mary, and if you’re not familiar with Christianity at all, most religions have virgin birth myths. Well, it doesn’t tend to occur very often(if at all) in mammals, but is quite common among other types of animals!

To my knowledge, there are no documented, proven cases of parthenogenesis naturally occurring in mammals, let alone primates. Though cloning works a little bit(very little) like parthenogenesis in that the specimen born does not always contain paternal DNA, it’s really quite different.

Parthenogenesis works when the genetic information inside the females egg begins to divide without the prompting of a sperm, then tends to work pretty much the same way as normal reproduction. I can teach about a lot of things, but I’m really terrible at explaining cell reproduction, even though I understand it fine… So! here’s a picture that does better than me.

Parthenogenesis occurs naturally in plants, insects, fish, reptiles, amphibians and birds. The most notable species that can procreate using parthenogenesis is the New Mexican whiptail lizard. This lizard reproduces solely by parthenogenesis, which also means that all New Mexican whiptail lizards are females. The whiptails still engage in mating behavior, its just female on female, and each mating season they will switch which individual plays the male and which plays the female. And I bet when you started reading about virgin birth there would be no sex, little did you know you’d be meeting lesbian lizards!

Let’s talk turkey. Turkey’s are one of the few birds who reproduce by parthenogenesis on a regular basis, one of the differences here is that the offspring are always male. This has to do with the XX XY ZZ differences between birds and mammals. Turkeys are able to produce very healthy toms through parthenogenesis that are visually indistinguishable from toms with fathers.

Even a shark joined in the fun when hammerhead shark at the Omaha zoo gave birth while being kept alone. For a while keepers believed that she had held on to some sperm from before she was brought into captivity, but once the baby shark was killed by a stingray it was revealed that the baby had not paternal DNA. This is the first time that parthenogenesis has been observed in sharks. 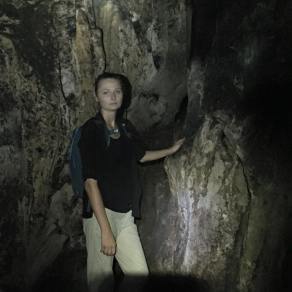