The article “Historic U.S. Ivory Crush a Call to Global Action” is a well written article that examines what is wrong with society and the flaws in trying to end the ivory trade. It even sums up with a nice little analogy from earlier in the article. I’ll link it here for you all to read. But that is besides the point. The burn on the ivory trade is that the U.S. has just destroyed six tons of seized ivory in a public display of defiance of the slaughter of these animals.

The U.S. used a massive rock crusher to turn the statues, tusks and amulets into the shattered pieces they so aptly represent. These crushed pieces will go to AZA facilities to be turned into memorials for the fallen elephants. But what the above stated article points out is that this is one of the first reasonable

attempts to end the ivory trade. Instead of just saying “stop the ivory trade” or “end the demand” the U.S. Principle Deputy Assistant Secretary of State (Wow that’s quite the title) Judy Garber put a $1 million bounty on the head Laotian wildlife trafficker Vixay (pronounced wee-sai) Keosavang. He is notorious around the world for leading the slaughter of elephants, rhinos, bears, tigers and pangolins. He owns Xaysavang Trading who hires people to pose as hunters and those individuals are allowed to kill a limited number of rhinos as trophies. This is how he gets around illegal poaching.

To get incentive to end Keosavang’s rein of terror over wildlife everywhere is a huge plus in the war on ivory. They are also trying to end the purchasing of luxury goods used mainly to bribe officials to import illegal ivory. Things like watches, high end liquors and other gifts are now showing a drop in sales, which hopefully means less military and government officials are being bribed to bring in ivory.

Even actress Kristin Bauer can Straten contributed to the disillusionment of ivory as she threw her legal ivory bracelet into the pile of soon-to-be destroyed goods. This was brought back form WWII by her grandfather for her grandmother. She stated “This is a thing. This is not life.”

There are many loopholes in the economy that need closing to ensure the end of the ivory trade. For instance it is illegal to import ivory, but the domestic trade of ivory is legal. This means that once it is in the states it can be bought and sold easily.

This symbolic step is the first of many the U.S. needs to take to help end the trade on ivory. I would ask you to sign a petition or something calling for more regulation, but I don’t really believe that online petitions do much good. Instead I ask you to educate your selves about ivory and spread the word. Education is the key to success. If more people can know then more people can care. 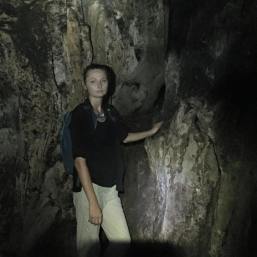